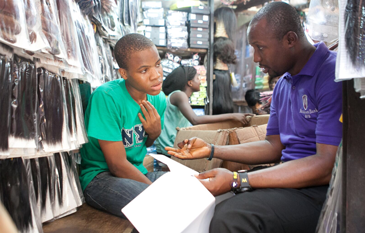 Impact Investing seeped into the conscience of the investing ecosystem over a decade ago and refers to the varying degrees that investments can deliver positive social, developmental, economic, and financial returns all at once. Impact investing therefore refers to investments that deliver both social and financial ‘returns’. These social returns improve the livelihoods of low-income households by providing access to essential services such as health and wellbeing, education and opportunity, finance, and growth, which would otherwise have eluded them. Despite its growing popularity and necessity, funds allocated to impact investing still represent less than 20% of global mainstream funds under management.

Within the impact investing ecosystem, there are two schools of thought: the purist’s view which assumes that the investor must have a stated intention determined at the onset of an investment in order to track and measure certain outcomes. The stated intention comprising targets such as increasing the number of households with access to clean water, off-grid clean energy, good quality health or education, or other social services. This view is so pervasive that those not explicitly professing the purist mantra are viewed with suspicion. The second school of thought believes that by virtue of financing opportunities in key sectors of an economy and thereby creating jobs, impact implicitly emerges.

As a former Wall Street investment banker turned impact investor, I have had cause to pause and rethink the many ways impact can occur. I have found myself caught in the middle of two seemingly irreconcilable positions. There are those who believe that anyone professing to be an impact investor should constitute itself as a non-profit organization, for whom profit is secondary. They say one should not be making money off enterprises that benefit or serve the poor. Others ask, ignorantly, whether it is even possible to think of the poor as a potential market to be addressed for anything other than aid.

On the other side of the debate, since creating Alitheia thirteen years ago, my experience has been that my former investment banking colleagues are stuck on the thought that I am perhaps running a charity and financial returns are not on my mind. My ‘new’ acquaintances who are on a crusade to rid the world of its social ills cannot believe someone with my hard finance training, skills, and experience is truly aligned with their objectives of improving the lot of the poor and lifting them out of poverty.

The questions that occupy my mind when I think of these two positions are: is it really a crime not to state intention at the onset? Who should have the responsibility to state intention? Shouldn’t good business sense and investing include a broad set of metrics that considers the social good of an enterprise as well as the financial good? Is measuring impact really such an anathema to the spirit of capitalism?

I experienced first-hand the purists’ suspicion when Alitheia set about to finance and develop an enterprise that helps prevent infant mortality caused by the effects of the inhalation of firewood smoke on an infant’s respiratory system. The enterprise provided a low-cost alternative to energy usage by enabling women in low-income households to use cooking gas instead of firewood, switching from a dirty to a cleaner fuel. The enterprise’s stated intention is to have a positive social and environmental effect on the lives of five million households over a five-year period, while also turning a decent profit for investors.

Alitheia worked with a large oil and gas company in Nigeria to make the project a reality and at a meaningful scale. Despite the lauded positive social outcomes, the new enterprise struggled to secure financing from purists. They could not get past the fact that the oil and gas company stood to gain profitably from the cooking gas sales. Never mind the hundreds of thousands of infants that would survive early childhood or the 30,000 community entrepreneurs created in the distribution network. They had not thought about the trees that will be spared or the noxious substance that will be reduced in the environment.

The purists questioned whether the oil and gas company would remain committed to the new enterprise since it had not stated an intention to have positive social outcomes. Furthermore, they argued that the oil and gas company were only interested in providing a clean gas solution because Alitheia had made them aware of the market potential of low-income households.

My view was that intentionality is not the only prerequisite to impact investing. What was important is that, by Alitheia helping the company to make the connection between social conscience and profit, a win-win scenario was created for all parties – the infants, the households, the environment, the oil and gas company, and the investors in the new enterprise.

Working with the oil and gas company, Alitheia designed and financed a product and accompanying distribution system that not only benefited women in low-income households and their families but also opened up a new customer base for the company.

Although the social outcome of the enterprise is significant, foundations and philanthropists, etc equally viewed it with suspicion with comments such as ‘another large corporate turning a profit off the poor.’ While these kinds of thoughts are beginning to shift as success stories are beginning to emerge, investors are nonetheless classed as either ‘impact first’ or ‘finance first.’

The continuum runs from those who are chiefly concerned with having an impact, to those who are driven by profits. Even though it is perfectly possible to balance the objectives of impact and profits, the purists think that anyone to the right of impact first is not really bothered with the poor, and may simply be using the impact tag for some ulterior motive. At the other end the traditional investor, driven by profits, views those to the left of finance first as charitable organizations.

However, if impacting investing is ever going to gather meaningful momentum, purists and hard finance pundits alike will need to shift positions and recognize the necessary role of the other. By recognizing their mutuality and co-conspirator, perhaps one day we can report on impact investing commanding a bigger slice of global financial flows to drive shared prosperity to make a dent in solving global issues that improve the lives of all.

Thirteen years after Alitheia started, it is good to see our philosophy of impact investing becoming more mainstream with the original ‘Finance First’ naysayers joining the movement. Nowhere is this more apparent than with KKR topping the recent Private Equity International ranking of impact investors. Alitheia shows up in this ranking through its partnership with Goodwell, the runner up to KKR. Nonetheless, the presence of traditional investors now highlights the importance of impact investing.

Want to join the discussion?
Feel free to contribute!

Video of the Week 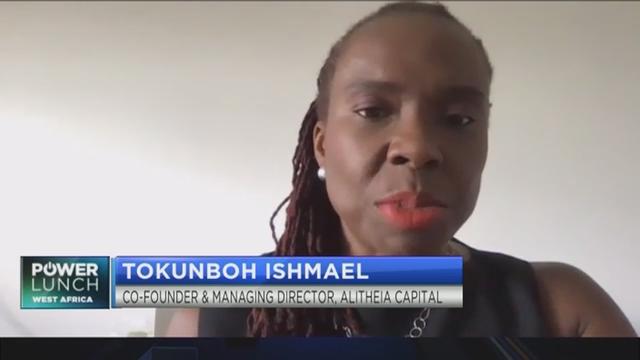 Africa’s venture capital industry has been growing from strength to strength as 613 deals worth $3.9 billion were reported between 2014 and 2019. That’s according to the African Private Equity and Venture Capital Association. Chair of the Board of the Association and Co-founder of Alitheia Capital, Tokunboh Ishmael joins CNBC Africa for more.

We are a leading professional investment and advisory firm that embodies the philosophy of true profit with a purpose.

For women in suits and boardrooms